History of the USS Kelly 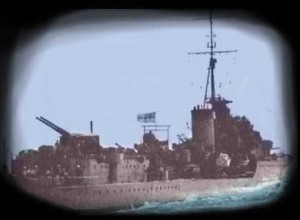 As hostilities increased with the Romulans, the Cardassians, and then the Borg, Starfleet came to the conclusion it needed a starship whose primary mission objective would be defense. Its intended field of operation would place them in the thickest of combat. It would have to be built to take more punishment than the average starship. It would incorporate the newest and most powerful weapons available to the Federation. This was the philosophy behind the design of the Kelly class starships. The class ship was named after a World War II British K-Class Destroyer (a Terran water-vessel). While in pursuit of a German U-boat, the HMS Kelly was hit by a torpedo on the starboard side, blasting a fifty-foot hole which also tore open the forward boiler. “Kelly has gone,” said an eye witness but she didn’t sink. Ninety-one hours later across the North Sea the Kelly found her way home. It is expected that the Kelly class starships will carry on this same tradition of strength and endurance. As construction continued, these vessels became known to the Military Division as the “Beautiful Ladies” and therefore christened as such.

The most striking feature of the Kelly class starships is the additional warp nacelles on the saucer section. These are powered by an independent warp core. Although this only moderately increases the ship’s maximum velocity, the true benefits from this design demonstrate themselves in other uses. In the docked configuration, the second core doubles the ship’s available power for use in offensive or defensive maneuvers. In separated flight mode, this allows both sections (saucer and stardrive) to be fully warp capable. Where the saucer section is essentially an escape pod on other ship classes, the Kelly class uses the saucer to increase firepower and tactical options. All four nacelles incorporate Tetryon Flux Inhibitors to prevent subspace damage at higher warp velocities.

Since Kelly class starships are designated as Super-Dreadnoughts, they were equipped with the equivalent firepower of four starships, including 8 photon torpedo launchers and 14 phaser arrays. Each section has four photon torpedo bays capable of launching up to ten torpedoes at once. The stardrive section has a three forward and one aft configuration, while the saucer section mounts one launcher at each of the four cardinal points. Improved phaser emission ratios coupled with additional power from the secondary core provide an unstoppable combination.

The HMS Kelly was known for its pink-painted hull designed to camouflage the ship during sunrise attacks. The USS Kelly is also camouflaged (black) due to the Anodized Diburnium-Osmium materials used in the construction of the hull. The Mk-XXXIV-B models are equipped with Phased Cloaking Technology. The additional warp power allows them to dedicate one core to the cloaking generators and the other core to power the engines, weapons, and deflector shields, thereby allowing the vessel to fire while cloaked. Naturally, this ability is lost in the separated flight mode. Each section has its own cloaking generator but it is necessary to decloak before firing. The phased cloak has also been adapted for use in a limited number of photon torpedoes. This allows the torpedo to pass through an enemy’s defenses and deliver its payload inside the vessel.
Kelly class starships have 46 decks and a more gravid look than Galaxy class starships, due to the distended belly, housing extra antimatter pods, shuttlecraft hangerbays, and quarters for the marine contingent. The black anodized diburnium-osmium plating strengthens the hull’s superstructure. It also makes it scan resistant and more difficult to target during combat. Fewer windows greatly improves hull integrity by limiting the number of weak points.

Kelly class starships have four shuttlebays for launching and recovering shuttlecraft. Shuttlebays 1, 2 and 3 are located on the fantail allowing for faster and easier launch and recoveries. Shuttlebays 1 and 2 have a collapsible partition that allows them to combine into one large shuttlebay, to accommodate the recovery of the larger craft. Shuttlebay 4, located on the starboard side of the saucer section, provides the saucer with it’s own launch, recovery, and repair facilities.

These are just some of the features which make up these powerful starships. With new threats, like those of the Jem’Hadar, it will take a Kelly class starship, or one like it, to Defend the Final Frontier.”